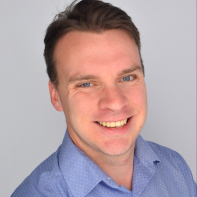 Mark is a writer, educator and digital content creator. In 2012 he founded Springtide, and has served as the organization’s Executive Director since that time. At Springtide, Mark hosts podcasts, teaches programs, curates educational programming, and leads consulting projects for clients of Springtide. Mark splits his time between  Springtide, and his own business, Sound Good Studio, where he consults on a range of education and communications projects for people and organizations with an agenda.

Over the years at Springtide, Mark has:

An us that includes everybody | Pecha Kucha Night | Mark...

Mark Coffin | TedX | White Lies and a Vision for...

Why we need an Open House in Nova Scotia Politics

Springtide - September 15, 2016
0
There are plenty of ways to find out what is happening in the Government of...

Springtide - March 22, 2016
0
Dr. Ingrid Waldron was recently named the Advocate of the Year at the Better Politics...

Op-Ed: New politics? Up to you, Nova Scotia

Springtide - July 8, 2015
0
This editorial was written by Mark Coffin, and originally featured in The Chronicle Herald, Opinions...

Springtide - July 2, 2015
0
We launched the Make Democracy Better project to build a space – on the ground,...

Springtide - October 7, 2013
0
Written by Mark Coffin Tomorrow, thousands of Nova Scotians will head to the polls. Despite popular...

ABOUT US
Springtide is a registered Canadian charitable organization dedicated to helping people everywhere learn how to lead change through politics with their integrity in tact.