Home Featured Article First MLAs are marginalized, then they get marching orders By MARK COFFIN and LOUISE COCKRAM

As we pointed out in our introduction to this series, exit interviews with former MLAs are a valuable tool. After they leave politics, the stakes for legislators are lower, so it reduces the risk factor for those who choose to tell the truth.

In the exit interviews we conducted with many of Nova Scotia’s former MLAs, we heard them characterize their experience as elected officials in ways that we usually don’t hear from sitting politicians.

Many of these subjects aren’t spoken about publicly by most active politicians — the powerlessness they felt, the dysfunction of the legislature, the exclusion of women and visible minorities and the secrecy that dominates decision-making within the Nova Scotia government.

Many MLAs we talked to didn’t feel that they had much say in the decisions taken by the provincial governments they served under and alongside. This feeling was particularly strong on the backbench, and among cabinet ministers who didn’t hold key portfolios like health, finance and education.

“You came in (to caucus) and were basically told that this was the way things are going to be,” said Maurice Smith, who spent time on the NDP backbench during the early years of the Darrell Dexter’s time as premier.

Late in the NDP’s term, Smith was asked to serve as the minister of Transportation and Infrastructure Renewal. He learned that when a cabinet colleague disagreed with a decision by the premier that fell within his colleague’s purview, the dissent often triggered a demotion.

“Like I think the clear-cutting (decision), and one about the cuts to education where the ministers themselves didn’t go along with what the plan was going to be from the central office,” Smith recalled. “And they weren’t the minister any longer.”

Many MLAs told us that they and their colleagues behaved in ways that they would never even think of behaving in another workplace.

In the late 1990s, then Progressive Conservative MLA George Archibald held the same portfolio as Maurice Smith. When asked if the legislature was an effective forum for discussion and policy development, he only needed one word to answer: “No.”

“Keeps ya honest, is all it does,” Archibald said, when pressed to share more. “But as far as accomplishing anything, you know it really doesn’t.”

Many of us can relate to workplace inefficiencies. But when it comes to the legislature, that might be an understatement.

“When someone smells blood, it can get to be not very nice,” said Michelle Raymond, a former NDP MLA and backbencher from Halifax. “The physical presence and the heckling can be personal … when it just goes over the edge, and you just don’t know when that’s going to be.” 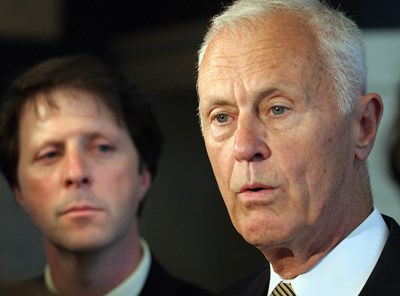 Those who have traditionally been under-represented inside every power-holding body throughout Nova Scotia have a unique experience when they enter the House of Assembly.

Wayne Adams was the first African Nova Scotian to be elected to Province House. He ran several successful campaigns for municipal council and was used to encountering racism on the doorstep. This only got stronger when he decided to run for the provincial Liberal party in 1993.

Adams describes asking one voter for support on the campaign trail. “(He said): ‘Why in the name of God am I going to vote for you? Vote for you today and you’ll rob me tomorrow’.”

Inside the legislature, racism and sexism were present, but less obvious. It can be hard for an observer to distinguish between the regular mean-spiritedness that frequently dominates the climate of the legislature and the targeted, discriminatory kind that was only pointed at individuals of a certain race and gender.

But those on the receiving end knew the difference.

“The only person to ever come and sit with me (at lunch) from the opposition was John Hamm,” recalls Yvonne Atwell, the NDP MLA who defeated Adams and was the second African Nova Scotian to become an MLA.

“(John Hamm) would come if I was there by myself — if there was nobody else from my party — but the others wouldn’t.” 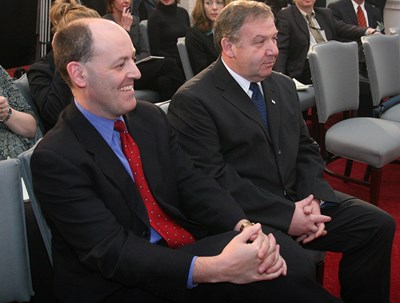 “The real decisions are being made somewhere else,” former NDP finance minister Graham Steele told us.

“They’re being made in other rooms — the premier’s office, the cabinet room, their ministers’ offices … office buildings around downtown Halifax. And what all of those rooms have in common is that you’re not allowed inside.”

Our exit interviews with former MLAs revealed something about spaces that are black boxes to most Nova Scotians. We heard about the never-ending torrent of procedural approvals that land on the cabinet table each week, and the range of leadership styles that dictate how cabinet operates.

“I think in the cabinet it was basically, ‘Well, don’t rock my boat and I won’t rock your boat’ kind of thing,” said Maurice Smith. “(They’d say), ‘I need to get this through. My deputy’s telling me this has to be done. The department wants this by yesterday and you’re asking me questions.’

“(And I’d say), ‘Well, if you have read your goddamn stuff, you’d know that that was a question that someone should ask you’.”